What Events HAD to Happen So That Jesus Could be Born

Everything had to line up with the birth of Jesus in order to fulfill the prophecy.

Today’s “so that” moment is all about things that must take place in our lives for the prophecies in our lives to be fulfilled.

When I say I’ve been on this journey for a while, you should see all the notes and papers I have with these “so that” moments. I see them everywhere in scripture now. One of the notes has the following story written out that I wanted to share with you today.

Years ago I was reading in the first chapter of Matthew when once again I was hit with another profound “so that” moment.

This moment really jumped out because it basically says it right in scripture that these situations had to happen “so that” prophecy could be fulfilled.

I hope you have your bible handy because I want you to see it for yourself. This way you can highlight it, underline, or do whatever “so that” you can quickly find it later. 😉

Before you grab your bible I do want to let you know that depending on what version of the bible you have, you may not see the actual words “so that” written out. It may just be the word “that” or “so” or something along those lines.

These moments don’t always have to have those words in it but they are still God’s “so that” moments none the less.

So let’s go to the book of Matthew and we will be reading Chapters 1&2.

An angel has come to Joseph in a dream and explains “…And she will bring forth a Son, and you shall call His name Jesus, for He will save His people from their sins.” 22 So all this was done that it might be fulfilled which was spoken by the Lord through the prophet, saying: 23 “Behold, the virgin shall be with child, and bear a Son, and they shall call His name Immanuel,” which is translated, “God with us.”

As I was reading this I was thinking of how both Joseph and Mary must have been feeling during that time. You see, the culture back then was very much about the woman being a virgin on her wedding night. To not be a virgin brought much shame down upon the women and her family.

Marriage was and still is a very spiritual matter, but that’s for another blog post. 😉

So anyway, here is Joseph, engaged to Mary, they have never had sex and Mary turns up pregnant. At this point, Joseph has every right and valid point to get the heck up out of this relationship. I can’t say that I would blame him at all. I mean seriously y’all. Let’s say it’s your brother or son that is engaged to a woman that says she is a virgin yet turns up pregnant. Nope, my flesh would be saying hit the road jack.

Joseph did have those thoughts, but God knew what he was doing. He sent an angel to Joseph in a dream that told him, “Joseph, son of David, do not be afraid to take to you Mary your wife, for that which is]conceived in her is of the Holy Spirit.”

What does one do when they are visited by the angel of the Lord?

Obey him, of course!

“Then Joseph, being aroused from sleep, did as the angel of the Lord commanded him and took to him his wife, 25 and did not know her till she had brought forth her firstborn Son. And he called His name Jesus.”

We see in these scriptures that Mary had to become pregnant while being a virgin “so that” it would fulfill the prophecy spoken of in Isaiah 7:14.

As I continued to read I came upon another verse that explained why they had to flee to Egypt.

Woah! Now Joseph is faced with this King Herod who wants to kill his son. Thank the Lord that the angel appeared again to give him direction and he was able to get Mary and Jesus out of there and moved to Egypt.

But do you see the “so that” moment in this story? Herod had to seek out the life of Jesus “so that” Joseph had to flee to Egypt for the prophecy in Numbers 24:8 and Hosea 11:1 to be fulfilled. (Go look up those scriptures and read them. It’s pretty wild how all those years before it was prophesied and happened just like it said it would)

The story doesn’t end there!

Continue reading chapter 2 and notice the third and final “so that” moment in verses 19-23.

22 But when he heard that Archelaus was reigning over Judea instead of his father Herod, he was afraid to go there. And being warned by God in a dream, he turned aside into the region of Galilee. 23 And he came and dwelt in a city called Nazareth, “that” it might be fulfilled which was spoken by the prophets, “He shall be called a Nazarene.”

Joseph heads to Israel after having another dream only to find out that Herod’s son is now King. He’s warned again by God through the angel so he ends up in Nazareth “so that” another prophecy could be fulfilled.

My word! Another biblical account that I’ll never be able to look at the same way again.

Think about it! Can you remember times in your life where maybe you felt betrayed, felt like the enemy was attacking every area of your life and you couldn’t catch a break?

Maybe that’s where you’re at right now. Especially this year of 2020.

What if, you just threw caution to the wind and trusted that God knows EXACTLY what He is doing in your life.

That what you are going through right now is leading you to God’s “so that” moment that is much bigger than you can imagine. Something that is not only going to impact your life but the lives of those around you?

What if… instead of walking through these times with

You walk through it with…

Knowing that after it is all said and done, God’s will prevails and He will be glorified here on this earth through YOUR testimony!

You see, these “so that” moments are designed to glorify God if YOU allow it to.

Trials and tribulation will come, my goodness, even Jesus tells us that in scripture. But He also says, “In the world, ye shall have tribulation: but be of good cheer; I have overcome the world.”

In the midst of what you’re going through you can have all those things listed above.

What makes it a little easier for me when I’m going through the rough times is that on the other side of it is a powerful testimony to the faithfulness of a loving God who wants His children to rest in knowing that He’s got this. 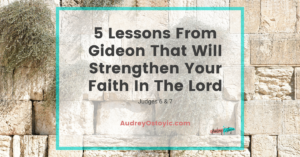 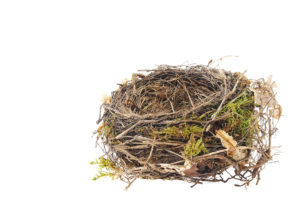 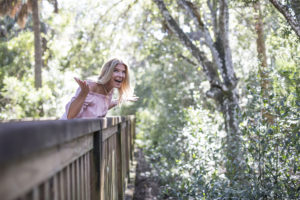 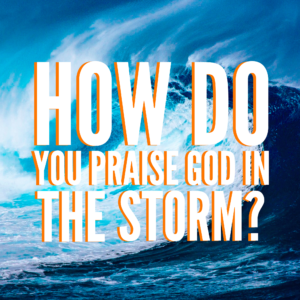 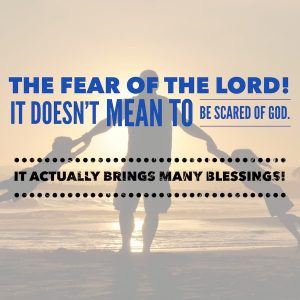