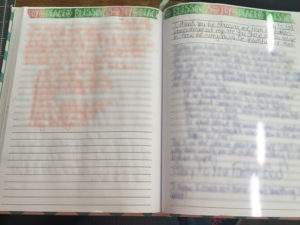 As I sit here and read back through my journal of 2018 I’m in AWE of everything God has done for and through me. With the number of medical issues that arose this year, you would think I would be depressed, worried, concerned and freaking out.

Why? Because, when the Lord says, “Fear Not” and “Trust Me in ALL things” you work on doing just that. PLUS when you humble yourself to the Lord he reveals things that are in your heart SO THAT he can purge you, refine you and mold you more and more into His image and likeness.

At the end of 2017, I started on a journey of dreaming BIG, crushing my fears and allowing God to show me how to live my life for His plans and purposes. I stepped out in faith and really started to dream Big by writing down the dreams I’ve always had on the inside of me. Bringing my visions to life by doing my first ever Vision Board and then doing an Online Vision Board Workshop.

Now, before you think I’ve gone all new age with this vision board let me just say that the concept of the Vision Board was from God for HIS children. Long before the new age became a thing. Plus there are tons of Scriptures that prove it over and over again. 😉

Going into 2018 I was filled with so much joy, faith, and excitement. Then the medical diagnosis’s started coming in and I had decisions to make.

Walk it out in faith and trust or doubt and fear. The choice was mine and so I chose.

The first medical diagnosis to be overcome 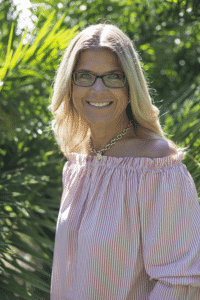 Oh, and she also said that I’m no longer a candidate for LASIK surgery which is something I’ve always wanted to have done.

I’m sorry, what did you just say?

I wanted to cry! Since I was 13 yrs. old I’ve worn contacts and only those that are very close to me have seen me in glasses. Glasses on others look great but on me…not so much! Or at least that’s what I thought.

To hear the news that I would have to wear glasses out in public where people would see me AND I would no longer be able to have LASIK were two low blows in a 5-minute conversation.

Boy did God show me the ugly side of vanity real quick. Remember what I said about Him purging, refining and molding you into His image? Well, let’s just say that this year He has been purging the vanity right out of me and I’ve come to LOVE who I am with and without glasses!

I’m kinda digging the glasses now but I still want that Lasik. 😉

Second medical diagnosis to be overcome 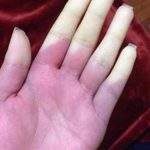 Just one week after this diagnosis I had an incident with the Raynaud’s Disease that I’m battling where my fingers lost all circulation for almost an hour. When the blood came back it literally looked like they were frostbitten and about to fall off. I’m not going to lie, it really freaked me out but not to the point of major concern.

After telling my Dad about this he begged me to get to a doctor and see what was going on.

Mind you, we do not have medical insurance because we missed the cut off to enroll the previous year plus we were in the middle of building two new businesses. I knew these doctor visits were going to be out of pocket expenses and I didn’t want to sink money into that.

With a financial blessing from my Dad, I reluctantly went to visit a doctor.

More diagnosis would be given.

Graves Disease, Hyperthyroidism and an Autoimmune disease. I would need to schedule an appointment with an Endocrinologist and Rheumatologist to find out what autoimmune disease I might have.

You’ve got to be kidding me right? At first, it felt like someone just threw a baseball right at my gut and knocked the wind out of me. After that initial punch, I barely heard what my doctor was saying because all I was thinking is God is going to be glorified in this also.

I refused to allow fear to grip me! Plus I knew better than to take a hold of and receive this kind of report.

Let me just say this upfront. I believe that God has given doctors to help us in so many ways. I also know that we serve a God that is still healing and working miracles in our lives. I believe that our bodies are the temple of the Holy Spirit and if we put in is our responsibility and we need to nourish it not fill it with junk. When we do fill it with junk we open ourselves up to physical ailments that God did not intend for us to have.

This latter part was me. If I’m being truthful and honest with you and me, I was not giving my body the nutrients it needs in order to be healthy. Sure, I was throwing some salads in there, maybe some fruit when I felt like it but for the most part, I couldn’t put down the chips and fries. Yep, that’s my weakness…chips, and fries. Not sweets or sugar but anything with potatoes.

Back to the diagnosis. Armed with what was going on in my body I set out to change my eating habits and get in shape.

So, my sisters and I start the Keto Diet.

Worst mistake of my life!!! (This may work for you so don’t take this as an attack against KETO, it’s just for my body and the issues I had going on it was not the best for me)

I followed that diet faithfully for 4 weeks and gained 10 lbs. I felt horrible the entire time and was waiting for something to change. I had read about the keto flu and all the side effects but they were supposed to go away and it didn’t for me.

Plus, the entire time I was on it, it’s like I could hear that still small voice telling me this was not right for my body. The fifth week I told my sisters I couldn’t do it anymore and was going to start incorporating more salads and fruit into my diet.

Third medical diagnosis to be overcome

September 2018 rolls around and I find myself in the ER with the absolute worst pain I have ever had in my life. I literally thought I was dying and for the life of me could not figure out what I could be dying from. 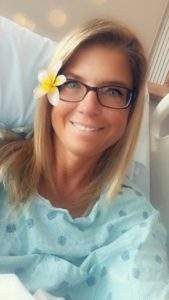 Come to find out my gallbladder was full of gallstones and three of them traveled to my bile duct where they were stuck. The doctor said he had never seen three stones in a perfect line (3 peas in a pod is what he said) yet allowing the bile to flow through. He said that I needed to have surgery to remove the stones from the bile duct then to take the gallbladder because I didn’t really need it.

Uhm…I’d like to keep my gallbladder thank you very much!

So I went home that evening with the mindset of flushing these gallstones out and saving my gallbladder. I actually named a movement around this… #SaveAudreysGallbladder (makes me laugh every time I read that)

Only thing is, I found myself right back in the ER the next night with even worse pain than the night before. I was admitted and scheduled to have the three gallstones removed first thing in the morning then the following day have the gallbladder removed.

When they went in to remove the gallstones from the bile duct they couldn’t find any! They had all dissolved or just disappeared. So they cleaned out the bile duct, made it a little bit larger and surgery was a complete success.

I was scheduled to have my gallbladder removed the following morning but I was in such turmoil because of the finality of it all. There would be no turning back and I would have to live with the medical consequences of having it removed for the rest of my life.

I wasn’t prepared for that and I just knew I had to do everything in my power to save my gallbladder. If not, I would always live with the What if’s and I knew that I couldn’t live with those.

My favorite saying is, “We do the natural and God does the SUPERnatural.“

I’m happy to say that through a colon, liver, and gallbladder cleanse (I’ll share more about this in another post) I still have my gallbladder and intend to keep it till God calls me home. 🙂

As far as the graves, hyperthyroidism and autoimmune disease…I’m on a health journey like never before. I have not been seen by an Endocrinologist or a Rheumatologist…yet!

I want to do the natural so God can do the SUPERnatural. I’ve ordered the book Medical Medium Thyroid Healing by Anthony William and will be doing the 90-Day Thyroid Rehab. I’m also in the process of researching holistic doctors in my area that can come alongside me on this journey and monitor my results.

I’ll be doing some blogging about my journey so be sure to come back often to check out the new blog posts.

Learning to Trust God With My Health

Throughout this year of medical woes, our Abba Yahweh has been so faithful, merciful, gracious and loving. With every single one of these reports, I have brought it right back to Him in my war room/prayer closet. Seeking His healing, His direction, His wisdom, and the Holy Spirit’s guidance.

Most importantly through this journey, I’m learning WHO I am in Christ Jesus! A Prayer Warrior – Prophetess – Teacher

Shout it from the rooftop, well in the comments below lol, what woes you’ve had to walk through in 2018? I want to hear all about how God showed up or is still showing up on your behalf and what lessons you’ve learned along the way. I’d also love to pray for you as we battle alongside each other as the warriors He has called us to be. 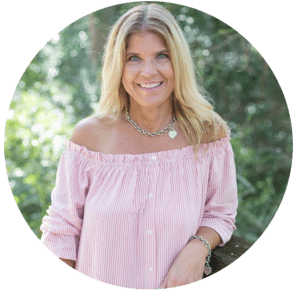 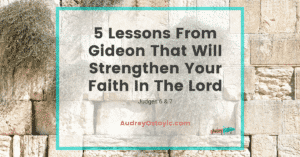 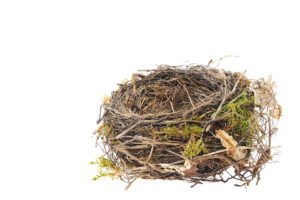 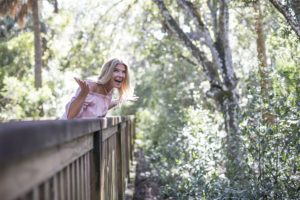 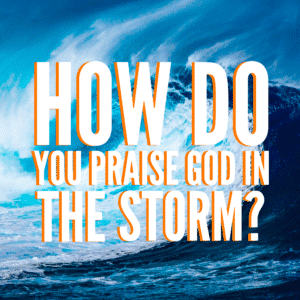 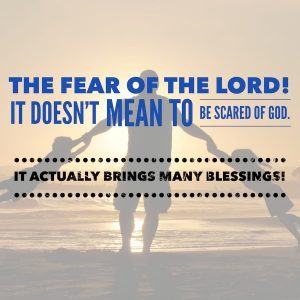 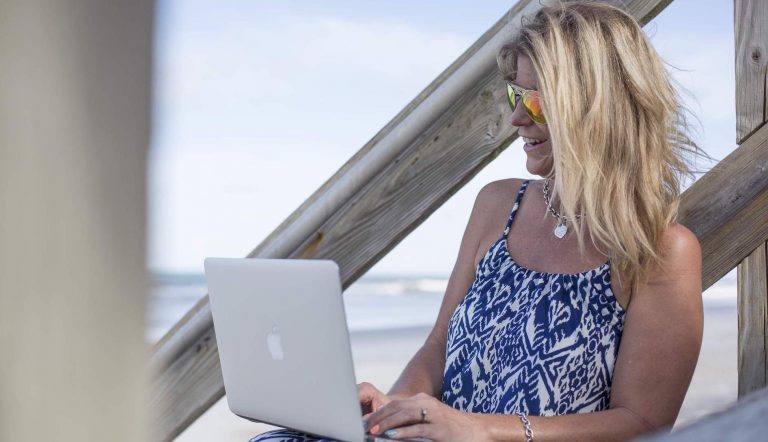